For example, you can see the form and function of the drop point in the original Sayoc “mini” and now the Sayoc Combatives Series “Training Folder.” 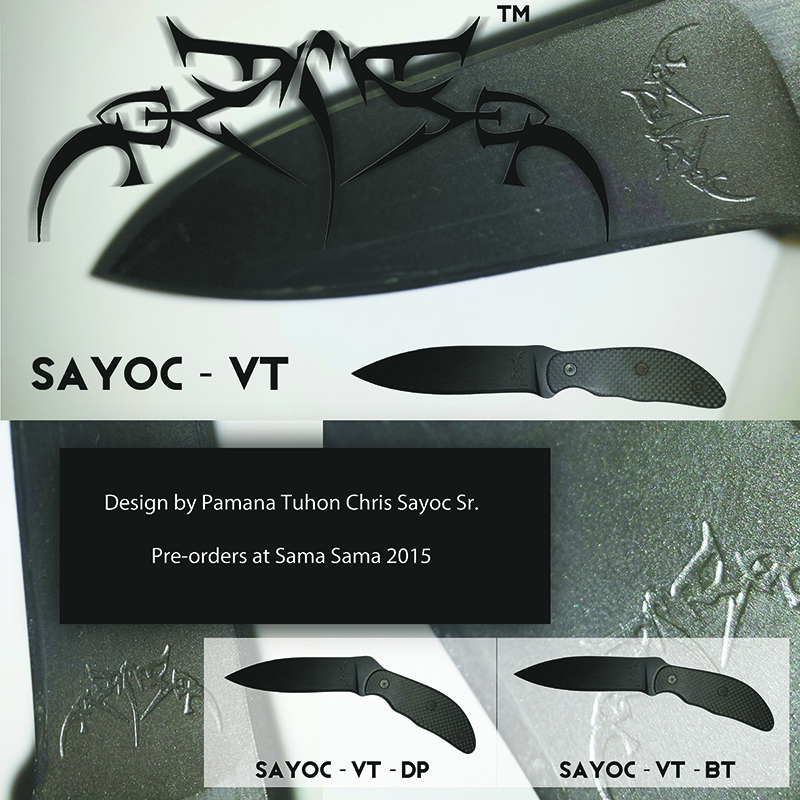