Targeting: What is the intent and why?

Through this filter, we can start to break down some of the specifics of Guro Nick Stevens’ article Do You Train A Blade System?

One of the main themes of that article discusses intent. In a blade system, just like firearms, one must be crystal clear with the WHY behind the WHAT that they are training. 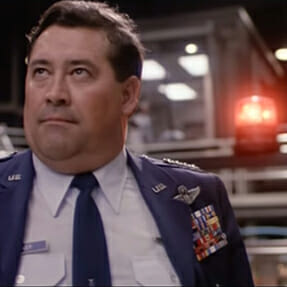 First: Why even train in a weapons-based system? In a nut-shell, it is to eliminate a deadly threat as quickly as possible. It is to address the DEFCON 1 of personal protection / family safety. Any references to deadly force are assumed justifiable from here on out.

Still on board? Then read on, my friend.

Second: Understand how to assess a deadly threat. There is a lot of training to be done in this step alone. This includes avoidance of an altercation, altogether.

Third, and the focus of this article: understand how we can use weapons to justifiably eliminate deadly threats as quickly as possible. This is where intent with the blade is crucial.

(I guess you ran out of ammo…)

The blade is no different than any other weapon when it comes to eliminating threats. Vital systems of the enemys’ bodies must be physiologically shut down as quickly as possible.

Sayoc refers to these physiological targets as Vital Targets. Vital Targets are found in the following systems of the human body:

If you are using a blade to protect yourself, ALL points of contact (Targets) to the body with the blade should be from these systems (Vital). These can be further refined into types of Vital Targets that will have the best risk vs. reward in ending the threat. In Sayoc, we categorize high-impact Vital Targets into two categories: Timers and Switches. This is because all Vital Targets that fall into either category have similar benefits and trade-offs, from the point of view of the Feeder.

Timers include Vital Targets from the Respiratory and Circulatory systems. Targets such as major arteries, airways, and lungs.

Timers, to put it bluntly, are targets that can completely and permanently end a threat, i.e. cause death. This includes exsanguination, asphyxia, and shock.

While the benefit to accessing a timer is to completely and permanently end a threat, the tradeoff is that some amount of time is required before you see that benefit. The time it takes for the Timer to take effect is time that your life is still in danger.

Switches include Vital Targets from the nervous system and muscular system, including connective tissue. Some of the skeletal system can also be considered a Switch when certain blades are used. 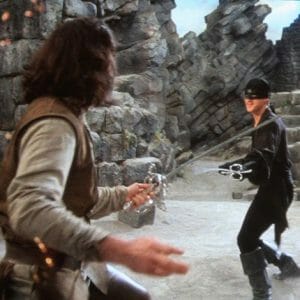 The benefit to Switches is that they have an immediate effect. That effect can be significant and even permanent, but it is not always complete. If the achilles tendon is severed, a person’s mobility is instantly effected but they can likely still move, using their other leg, and they still have their hands (which may be holding weapons). Likewise, a person’s effectiveness is also significantly reduced if they lose an entire hand. Unless, UNLESS, that hand just so happens to be the person’s left hand, and that person happens to be named Westley.

Putting everything together – why do we need to use both Timers AND Switches?

It is often said that Switches alone are all you need. That it is a less-lethal, “more-legal” option that has the same effectiveness in stopping a threat. This does seem plausible at first blush. After all, a Switch instantly “turns something off” on the human body. If we can get really good at turning off the most threatening parts of the human body, shouldn’t we be able to stop a threat without having to deal with all the aspects (legal and otherwise) of using deadly force? Practically and legally speaking, this is an erroneous and dangerous assumption.

Second, this mindset assumes only one threat. If you are in a situation where there is more than one person intent on doing you serious harm, attempting to disable each attacker is sub-optimal at best. Remember, Switches, by definition, cannot completely end a threat*. 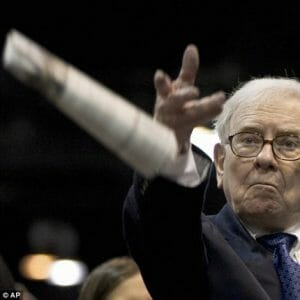 If two or more attackers are attempting to swarm you as a team, a Switched off target can be overcome by a willing enemy during the period of time that you are dealing with his partner. Accessing a Timer, on the other hand, is like being the Warren Buffet of justifiable Deadly Force. Your investment pays you back while you handle other business.

Using Timers, individual Bad Guys eventually run out of time. Thus a survivor is able to completely remove those individual threats from the equation. Bad Guy #1’s time runs out while you deal with Bad Guys #2 and #3, who make up the remainder of the overall threat.

*Timers that are also Switches

There are some targets that act as both a Timer and a Switch. The target is both complete and instantaneous. These targets have to do with the brain, brain stem, and parts of the spine.

If you are interested in learning more about Sayoc Timers and Switches, the Sayoc 3 of 9 DVD and Sayoc Transition Drill 1 DVD are available and go into great detail regarding the application of this basic Sayoc premise.

NOTE: This article is in no way intended to be legal advice. All scenarios described above are assumed to be those requiring the justified use of deadly force, without exception.